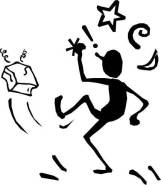 Follow the five “P’s” when deciding on an ejection and do so without fanfare.

-  Deciding when to eject a coach from a game can be difficult. You should be neither too quick to pull the trigger nor too willing to take inappropriate, prolonged behavior that undermines your credibility and authority.

-  Provide a veiled warning to allow the person to compose himself before he reaches the point of above. You might say: "Coach, I'm not going to listen to this all day", or "Coach, I can't let you interrupt the game any longer. Let's play."

-  When you eject someone, do so quietly (not like in ESPN highlights). If not, the offending person will just exchange your drama with more drama of his own. Try to have your back to the stands and him facing the fans. If you're composed and he's not, everyone will take notice. Something like: "Coach, you're done. Please leave the park. We'll start again after you've left."

-  The ejected coach must leave not just the playing field, but also the park grounds. If he refuses, have all the players remain in the dugout with play suspended. Eventually the peer pressure and spotlight will prompt him to leave. Otherwise, wait ten minutes or so and call the game as a forfeit if it comes down to it (it won't). Your league will likely require you to write and submit your account of the incident within 24 hours.

-  Fortunately, poor behavior resulting in ejection does not happen often and when it does, repeat offenders don't stay coaches for very long.